The ants colonize the park of Can Font 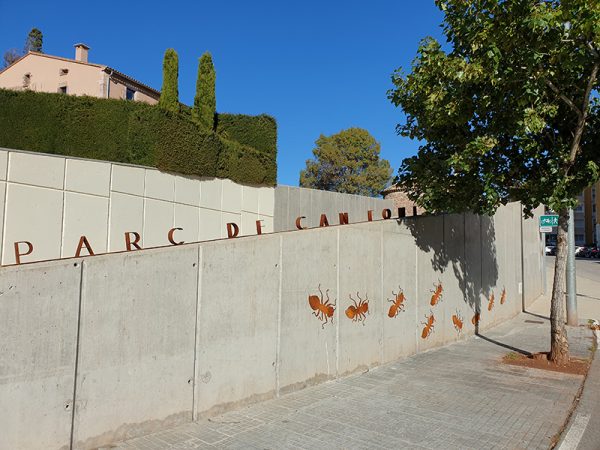 This week, the work of the Can Font park has finished, following an idea that appeared in the project made by architects Josep Miravitlles and Àngels Mas in 2002. They consist of a whole series of ants, made of steel or steel Corten, which fill the wall that delimits the Can Font park with the Santpedor road, and are accompanied by the calligraphy of Joan Salvat-Papasseit titled “Les Formigues”. These will be accompanied by some vineyards that will finish covering the wall.

These works, promoted by the City Council of Manresa and with the support of Aigües de Manresa, have long been claimed by residents of the Santpedor road.